Steven Universe: Save the Light is an fantasy role-playing video game developed by Grumpyface Studios and published by Cartoon Network Games. The game was released digitally on October 31, 2017 for PlayStation 4, and on November 3, 2017 for Xbox One, and was released on Windows and OS X in August 2018, and released on Nintendo Switch in October 2018.

About This Game:
Join the Crystal Gems on the ultimate quest! A mysterious new Gem has stolen a powerful weapon. Only Steven and his friends have what it takes to stop her. “Save the Light” is a unique RPG hybrid that combines real-time and turn-based combat.

Completely customize your party. Fight an army of light as Steven, Garnet, Pearl, Amethyst, Connie, Greg, and Peridot! Bust out unique abilities to solve puzzles and battle the bad guys.

Face off against an all-new Homeworld Gem created by Rebecca Sugar. Who is this powerful warrior and what’s she doing back on Earth?

Team up for incredible combo moves and Gem Fusions! Fuse to play as Stevonnie, Smoky Quartz, Opal, Sardonyx, and Sugilite!

BEACH CITY AND BEYOND

Explore and interact with expansive 3D environments. Travel to ancient Gem locations all over the world, including Strawberry Battlefield, The Great North, and Bismuth’s Forge.

“Save the Light” features an original story co-written by Rebecca Sugar, and voices from the Steven Universe cast and special guest star Christine Baranski. 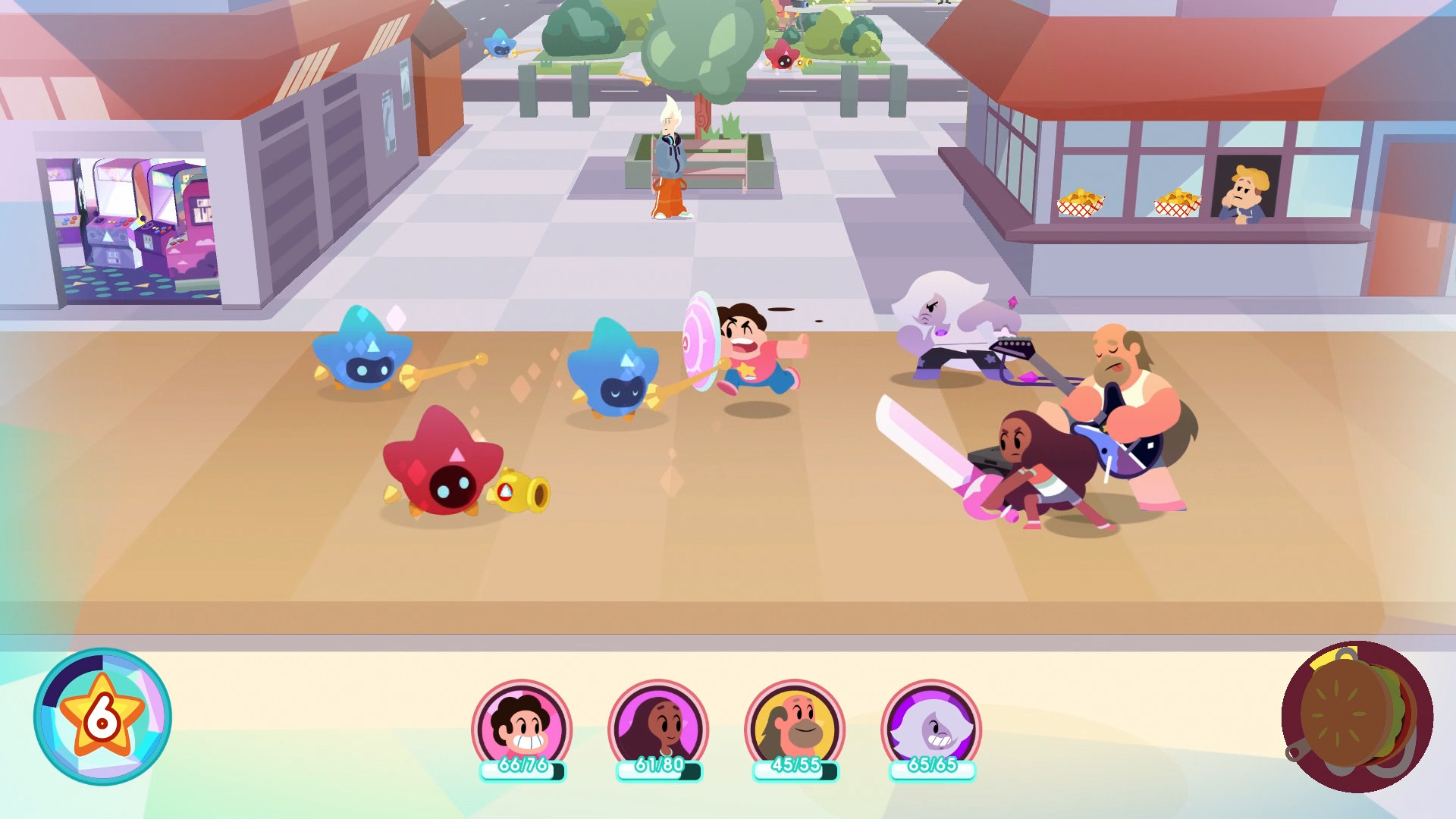 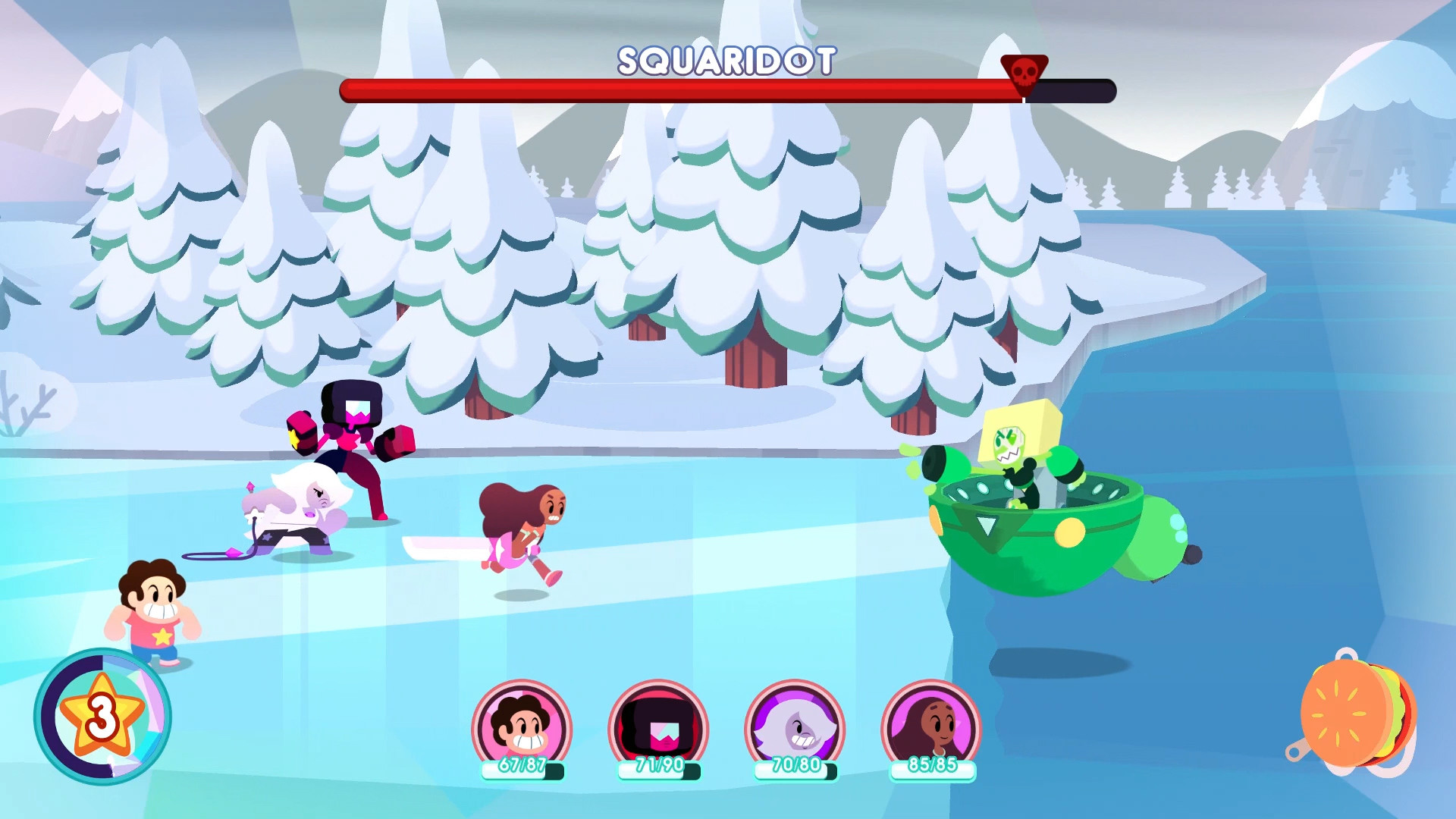 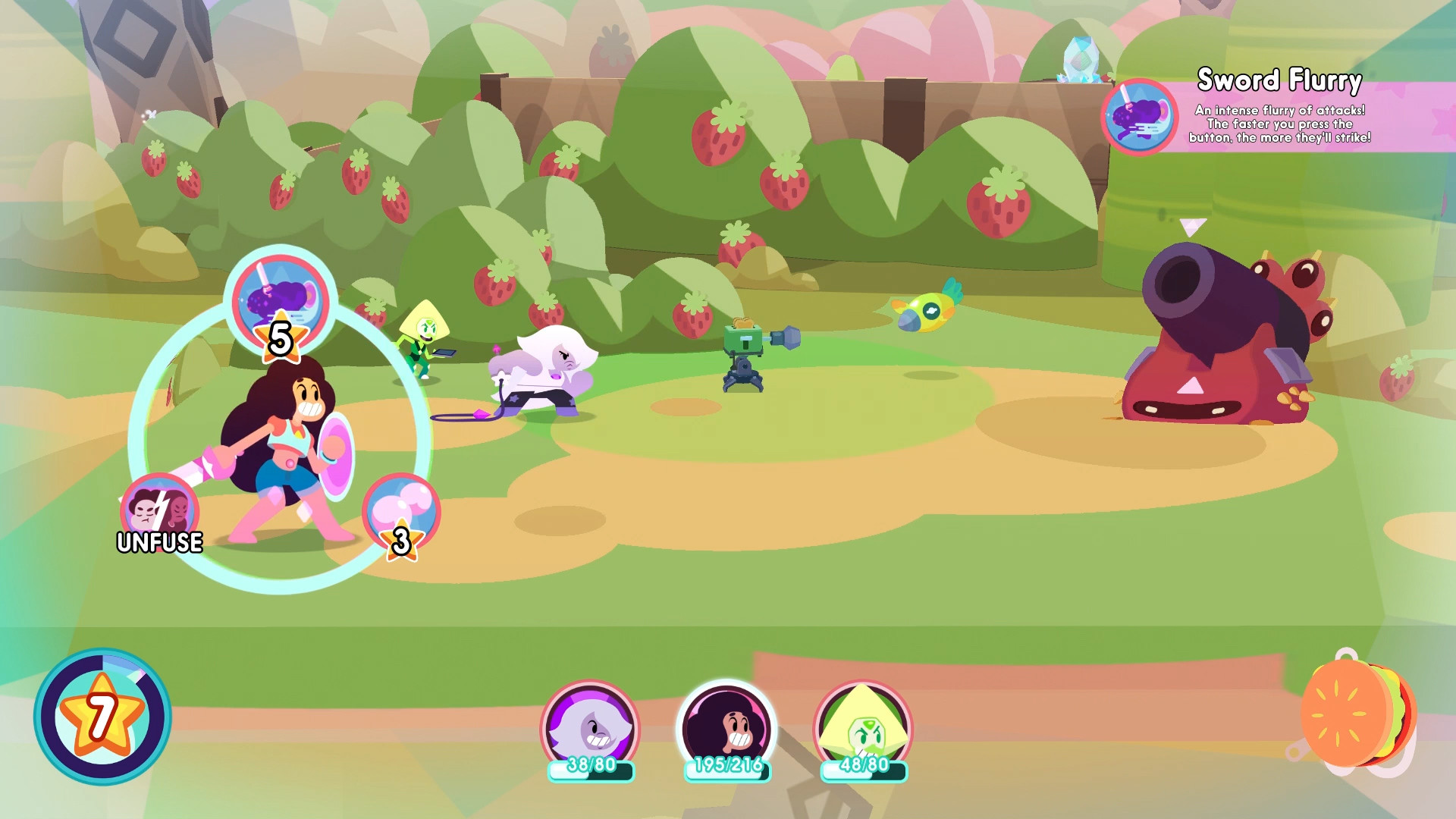